On to Vernon! Youth curling teams now set for BC Winter Games

This past weekend, an exciting flurry of zone qualifiers decided a number of teams who will play at the BC Winter Games in Vernon from March 23 to 26, 2023. 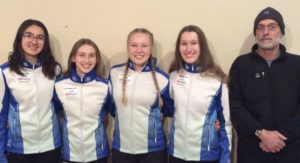 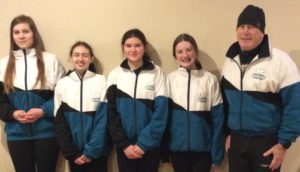 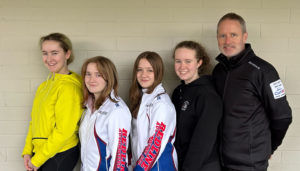 On the boys’ side at Royal City, Team Matthew Moi is also heading to the Games, after overtaking Team Aydan Wong. Team Moi is made up of Matthew Moi, skip; Trevor Roberts, third; Kyle Jung, second; Michael Yan, lead; and Ross Graham, coach. 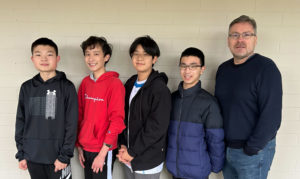 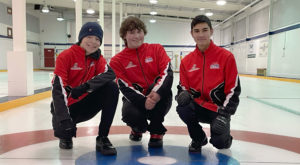 Many thanks go to the three clubs which hosted the qualifiers with such enthusiasm and professionalism, as well as the chief umpires at each location— David Walker (Enderby), Dave Shortill (Lake Cowichan), and Troy Matsumiya (Royal City).

Young curlers participating in these qualifiers were helped immeasurably by the Mentorship Development Team of Barn Zbeetnoff and Logan Miron, who helped make a weekend of learning and fun for both the players and their coaches. These qualifiers are also notable for being the first to use the new coach interaction rule, which allows coaches more convenient and frequent access to their teams during game play.

The Games will see up to 1,800 participants age 16 and under competing across 17 different winter sports including curling.

The teams who have already received direct entries to the games are:

On to Vernon! Youth curling teams now set for BC Winter Games