Curling has existed in British Columbia since 1895. The first clubs were located in Kaslo and Golden, in the Kootenays. The mining communities of Sandon, Rossland, Nelson, Trail, Phoenix and Greenwood also established clubs in the years that followed.

The Kootenays were the centre of curling until the end of World War II, when an explosion of interest in the sport spread across the province. In 1945 there were 27 clubs in the province and by 1960 there were 65 clubs.

The enthusiasm of early curlers for the game can best be understood by the distances they would travel to compete. Since most of the early clubs were in the Kootenays, those wishing to compete in a bonspiel from other areas of the province had to travel by train and stage coach to get to their destination, usually in extreme temperatures. The logistics of travel for curlers was particularly complicated by the necessity of transporting curling rocks. Many curlers had two sets to accommodate different ice conditions! In the modern game the rocks are kept at the curling club and there is no need to transport them.

Curling has made a unique and valuable contribution to both the social and sport history in British Columbia. Curling today remains a major winter sport in BC with active participation by residents across the province.

Curl BC celebrated the 125th anniversary of curling in 2020.

Top 125 Moments of BC Curling History 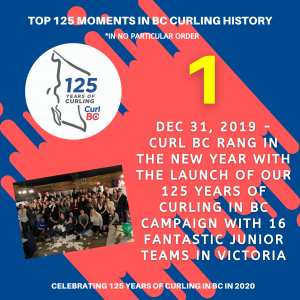 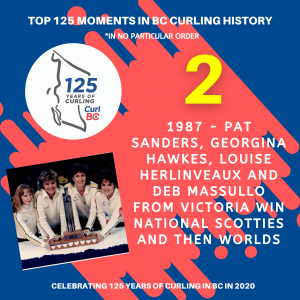 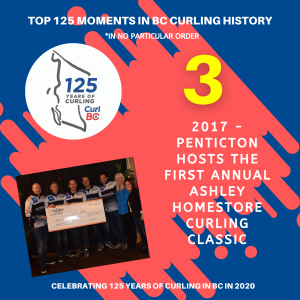 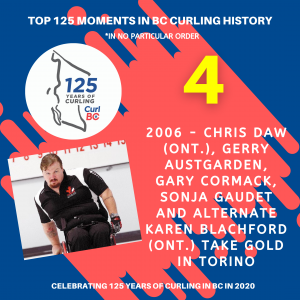 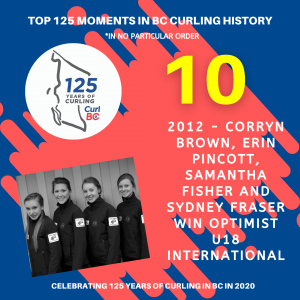 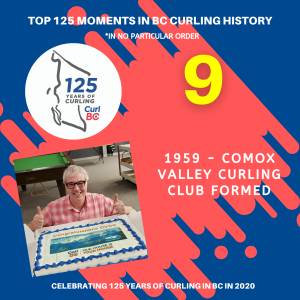 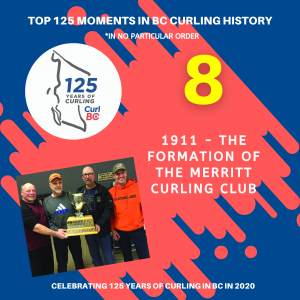 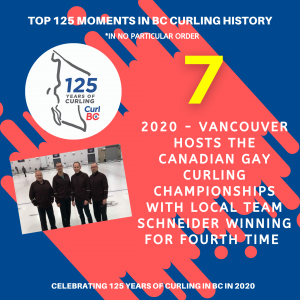 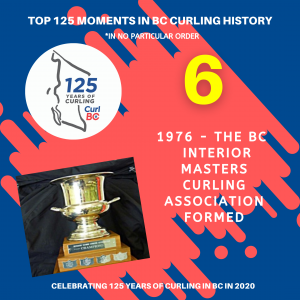 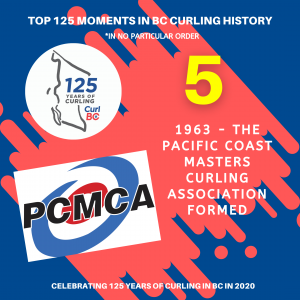 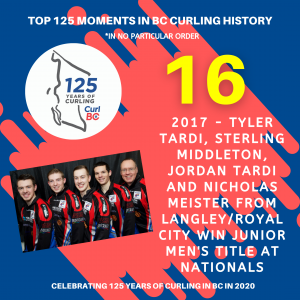 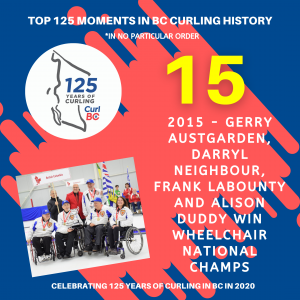 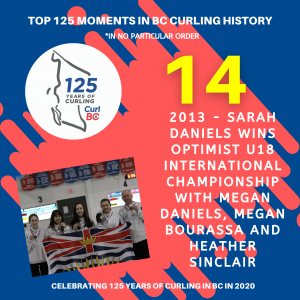 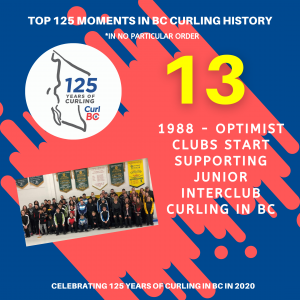 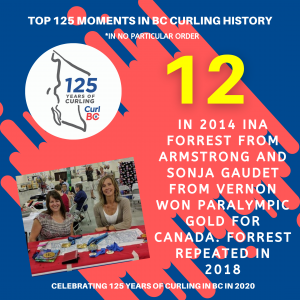 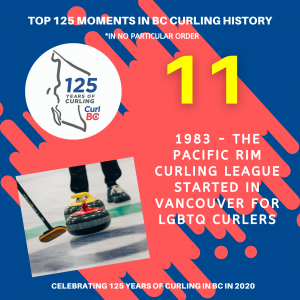 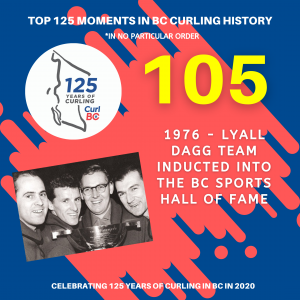 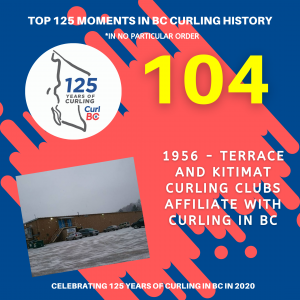 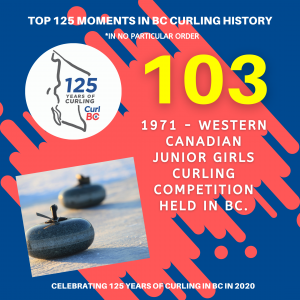 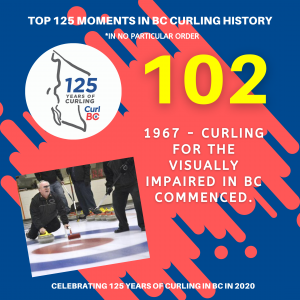 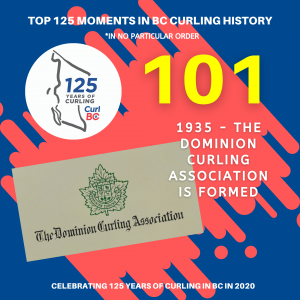 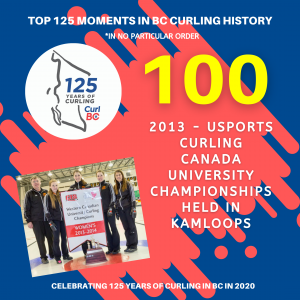 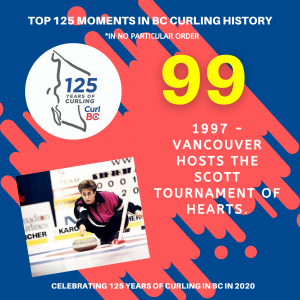 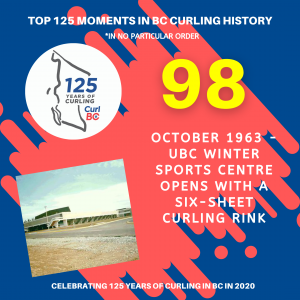 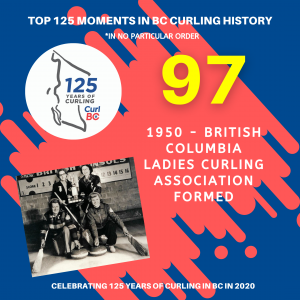 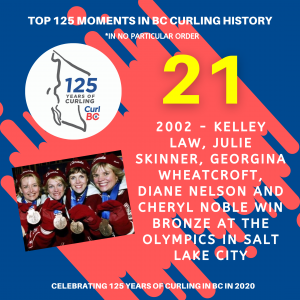 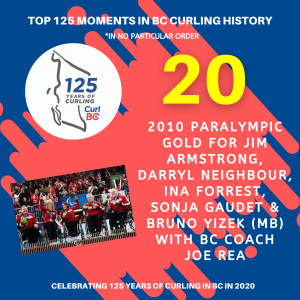 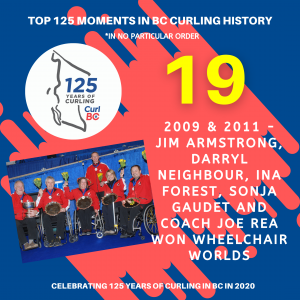 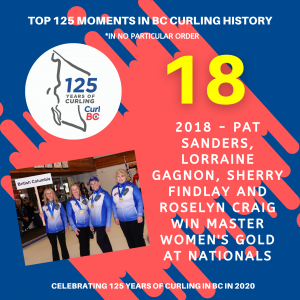 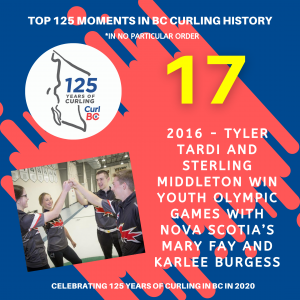 Thanks to the members of the 100th Anniversary Committee for their work to produce the History of Curling in British Columbia 1985-1995, to publish the chronicle below. The committee from 1995 included:

1896 – Sandon commenced curling and affiliated with the Manitoba Branch

1906 – BCCA affiliated directly with the RCCA, ending affiliation through the Manitoba Branch

The Pacific Bonspiel was started

1935 – The Dominion Curling Association was established at Toronto

1948 – BC School Curling started by Pop Wallace of Nelson

1963 – BCCA recognized the Senior Curling Association of BC

2022 BC Winter Games cancelled due to pandemic, other external factors

Day 6 of the BC Curling Championships – Arsenault, Richard take gold