BC Juniors strike gold at U18 Championships

The BC U18 Curling Championships, held from December 28, 2021 to January 2nd, 2022, brought some thrilling competition and excellent sportsmanship to the Delta Thistle Curling Club.

The event, for curlers 17 and under, saw six girls’ teams and five boys’ teams compete through five round-robin draws, followed by three playoff draws, and then into the finals last night. 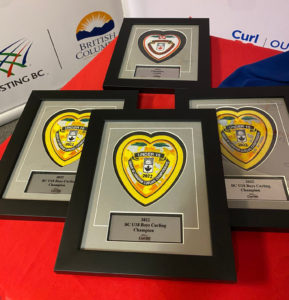 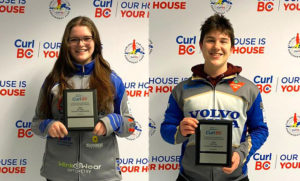 Not all the action was on the ice, however – U18 Sportsmanship Awards were won by Lauren Cochrane from Team Rempel and Adam Fenton from Team Fenton.
The two gold medal teams – both boys’ and girls’- will now go on to represent the province as Team BC at the Curling Canada U18 National Championships, which takes place February 14-20, 2022, in Timmins, ON. The two silver medal teams will each serve as Team BC 2.

BC Juniors strike gold at U18 Championships