2023 BC Club Championships, Presented by Original 16 returns to Abbotsford for 2023

Curl BC CEO Scott Braley says “The Curling Club Championships are for recreational, club-level curlers . This event gives those curlers an exciting annual opportunity to represent their club and to get the BC Championship experience, along with having the added opportunity of potentially representing British Columbia as Team BC on the national stage.” 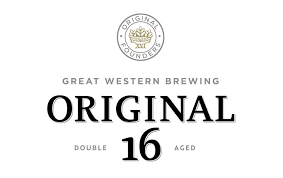 The BC Championship experience includes an opening ceremony, social events, banquet, officiated play, championship ice conditions, online scoring and live-streaming of games. In addition to that we provide recognition of competitors, the host community and volunteers leading up to, during and following each championship.

This year the women’s and men’s events will begin with a triple knockout preliminary round, leading to a playoff format based upon the total number of entries. The length of the event will be dependent on the total number of entries, and will be communicated after the registration deadline of January 28th, 2022. Teams must plan to be available from Tuesday- Sunday when registering for this event.

This category has unique registration requirements: each team must be comprised of a minimum 3 players that are registered to play together on the same team, in an eligible league at their club, during the 2022-23 season, OR they must be signed up and registered for a special curling club championship qualifying event (created within their club with the permission of Curl BC). 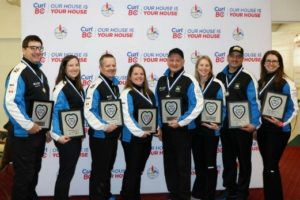 Last season this event was hosted in the Kootenays (Zone 1) by Trail Curing Association. 5 women’s teams and 9 men’s teams battled it out over four days in a pool play format. In the end, Team Dennis from the Delta Thistle Curling Club and Team Schmidt representing the Comox Valley Curling Club punched their ticket to the 2022 Nationals, which will be contested in the West Edmonton Mall from November 20-26th, 2022. Good Curling and GO BC GO in November at the mall!

2023 BC Club Championships, Presented by Original 16 returns to Abbotsford for 2023